But Jesus remained silent. And the high priest said to him, “I adjure you by the living God, tell us if you are the Christ, the Son of God.” Jesus said to him, “You have said so. But I tell you, from now on you will see the Son of Man seated at the right hand of Power and coming on the clouds of heaven.” (Matthew 26:63-64)

Like a lamb led to the slaughter Jesus was silent before his accusers, but this does not mean he had nothing in mind as he watched the events unfold.You can imagine the high priest’s frustration as his plan to condemn Jesus to die seems thwarted by his terrible false witnesses. He knew they were making up false testimony and twisting Jesus’ words, but try as they might none of the witnesses’ could agree! Their plan was falling apart and Jesus would go free.Then to his relief, two people manage to get their testimony to agree–you can imagine one witness simply mimicking another: “I heard this man say he is able to destroy this temple and rebuild it in three days”. “Yea, that’s right, I heard him say that too!”This testimony was also false since Jesus actually said to the leaders, “destroy this temple (referring to them destroying it) and I will rebuild it in three days (referring to the resurrection of his body, which would not have been obvious to the hearers). In any case Caiaphas is glad to finally catch a break, but Jesus does not respond to the accusation which came from the two witnesses.Frustrated, the high priest jumps the gun and gets to what he wanted to ask all along–“Are you the Christ? Are you the Messiah? Are you the Son of God?” The term Son of God was used in reference to the Roman emperors, which of course the Jews refused to worship as divine, but according to John, the Jews understood this question and claim to be that God has a Son–one equal to Him who shares in all he has including divinity. Caiaphas attempts to trap Jesus by combining both titles in one question: it was not blasphemous for Jesus to call himself the Christ, the anointed one, which much of Israel was hoping for to deliver them and establish their kingdom as a world power, so they had to convict him of blasphemy for calling himself “Son of God”. Blasphemy would have no weight in Roman court so they also had to charge him with sedition against the emperor for calling himself “Christ”.One can imagine in Jesus’ mind the unamused sigh when the high priest adjures him by the Living God to answer the question because he knows that the priest is referring to his Father, with whom he just had a difficult, but critically important conversation in Gethsemane and who was with him in that moment, guiding him in what to say and do. So after keeping silence, as the Scriptures prophesied he would, he answers the question by turning it back on the high priest: “you have said so.” You make it out that I claim to be the Christ, the Son of God as you mean and intend it.Jesus knows that they are looking for a reason to kill him. From their earlier conversation, he knows his Father wants to glorify him as he lays down his life to be a ransom for many and drinks the cup of God’s wrath on their behalf. Out of reverence for his Father and love for his sheep he wanted to do it too. His Father also promised that the outcome of his death would be his exaltation to the position of full authority over all things.So Jesus gives the high priest what he is looking for but answers with a precise correction: “from now on you will see the Son of Man seated at the right hand of Power…” Caiaphas wanted to pin on him the charge that he claimed to be Son of God–blasphemy to Jews and treasonous to Rome–and Jesus refers to himself in response as Son of Man, affirming that he would be visibly elevated to the favored right hand of Power as promised: “sit at my right hand until I make your enemies your footstool” (Psalm 110:1). This is the position where God Almighty uses his power to exalt the one at his right hand by subjugating all enemies to him and making them lie down at his feet to be a footstool. There is no question, Jesus here claims to be the Christ and Son of God as he means it, the one to whom God would give absolute authority.So Jesus responded to the false accusations and the trap question with God’s promise to him, guided by the Spirit of his Father, knowing that these words would seal his destiny. The high priest jumps on his words, skips careful cross-examination and instigates his fellow judges, most of whom had been plotting Jesus’ demise with him all along. They all immediately demand that Jesus be executed for blasphemy (as needed for their court). The high priest and leaders would use the other half of the “Christ and Son of God” claims to convince the Roman Governor Pilate to have Jesus executed as an enemy of the state by saying that he claimed to be King and that releasing him would be an affront to Caesar whose authority was being directly challenged (John 19:12).Jesus in his bold serenity, meekly but resolutely proceeds through the harrowing process of his execution in order to enact the greatest victory of all time. After the agonizing prayers in Gethsemane, Jesus knew with renewed conviction that his Father would turn every injustice committed against him into unimaginably glorious good in due time and so with every word and deed, he confirmed his prayer: “Your will be done!”

For to this you have been called, because Christ also suffered for you, leaving you an example, so that you might follow in his steps. He committed no sin, neither was deceit found in his mouth.  When he was reviled, he did not revile in return; when he suffered, he did not threaten, but continued entrusting himself to him who judges justly. (1 Peter 2:21-23) 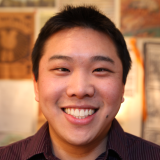 I'm the founder of TheoTech (www.theotech.org), a company activating a movement of Technology Entrepreneurship for the Gospel. This means beginning with God as the Customer and working backwards to invent products that deliver outcomes He desires. I created Ceaseless (ceaselessprayer.com) and SPF.IO (spf.io) as two examples of this principle in action. I'd love to connect if you're passionate about using the best business and technology have to offer to advance God's Kingdom.

This site uses Akismet to reduce spam. Learn how your comment data is processed.